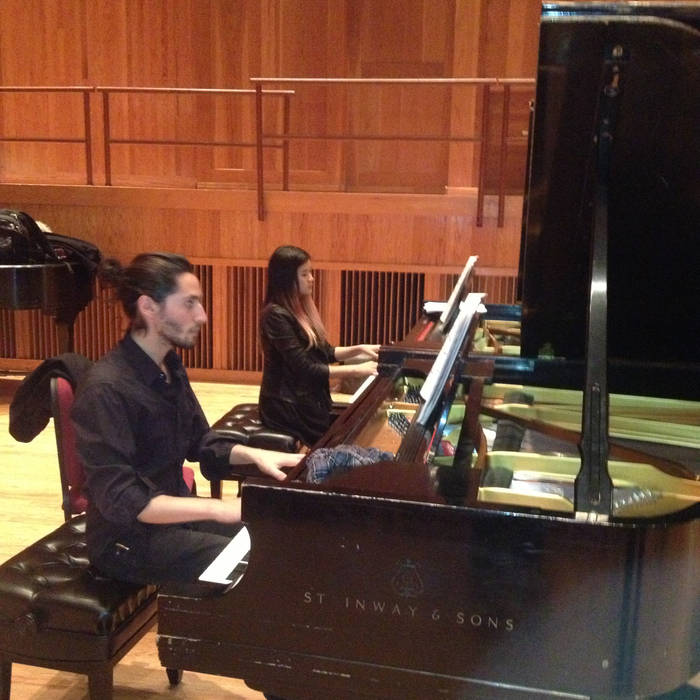 in extended Pythagorean tuning throughout the album, 25 notes per octave

Despite the widespread usage of the term “transcendental” for describing the poetry of Emerson and Thoreau, its appropriateness for music has been more distant. Certainly, one may understand the term transcendental to mean mere ephemera, or a dapper delving into the soul. However the term is difficult to apply, except perhaps in the realm of opinion, or as a catalyst for an insight.

With this recording of the “Concord Sonata” the transcendentalism in sound is glaring, and the distinction between untempered and tempered is profoundly perceivable. Without doubt, Ives signaled his readers for sympathy in this regard, and suggested a century of patience to continue to invest in his beliefs long after his passing, akin to a time capsule: “In some century to come, when the school children will whistle popular tunes in quarter-tones—when the diatonic scale will be as obsolete as the pentatonic is now”(Ives, Franco-American Music Society Quarterly Bulletin, March 1925).

While there was once a great benefit through temperament, its necessity has finally receded into the past. Temperament is now more often used as a crutch than it is a benefit, based on the reception of our collective ears. There no long needs to be a reaction such as this great fan of the “Concord Sonata,” Kyle Gann, who wrote confidently of “the Concord’s well-deserved reputation for complex dissonances and general atonality” (Gann, Charles Ives’s Concord: Essays After A Sonata, 2017).

The intentional untempered version envisioned by Ives unequivocally renders transcendentalism transparent, rather than emphasize atonality. To the musicologists among us, I ask each of you to listen afresh to the music coming out of your stereo speakers. Listen to this recording without the constant comparisons to the thick dissonances of earlier 12-tone equal temperament performances.

Untempered, in this particular case, explicitly means that only one size of perfect fifth is acceptable, two cents higher than its equal tempered stand-in, and added 24 times, one upon another, far past the range of human hearing. But through octave displacement, a single scale is produce-able for every octave range. This untempered approach is best shaped graphically as a spiral since it is doesn’t close in a circle, and may continue mathematically to infinity.

Extended Pythagorean Tuning - cycling fifths with A=440 at 0 Cents, 1200 cents per octave:

The clarity of listening to Ives’s music untempered is transplendent, constantly providing an awareness of constantly intriguing counterpoint. One feels drawn back in time, a century ago to New York City in the early 20th Century. In repeated listenings, the listener enters deeper into the sound, the mind is molded.

New words spring to mind to describe this Ivesian unequal quartertonal system. Ives demonstrates his craft by producing a single Bbb (B double flat) to be inserted only one time in a single middle octave replacing the otherwise usual pitch Gx (G double sharp).

Here we are, more than a century later, and as Ives predicted, the composer’s rich imagination has indeed been set free. There is a profound quality of resonance experienced upon an attentive listen to this real-time performance enabled by a true spiral of pure 3/2 perfect fifths. If there was any doubt of the profound nature of the evolved tuning of the “Concord Sonata” it takes but a listen to recognize the phenomenon of the actualized transcendentalism imaginatively envisioned by Ives.

The sound achieved is largely ineffable, but try as one must, decidedly transcendental, kaleidoscopic, new dimensions revealed, new expressions resounding. My suggestion is to listen to this microtonal version on its own terms and merits and not by constant comparisons to its equal-tempered prototype.

Bandcamp Daily  your guide to the world of Bandcamp

Featuring Oakland sounds from the Smart Bomb collective and Samplelov.